Romania, one of the last European countries to host virgin forests, is presently experiencing an unprecedented amount of illegal deforestation. The issue is most visible around the winter Holidays, when tens of thousands of illegal Christmas trees are being sold on the black market. Conservation Carpathia, a foundation currently running the largest forest conservation project in Romania and Eastern Europe, wanted to create awareness on this issue. And more specifically, to make people check their Christmas trees for clear documents of origin every time they buy them.

We completely rewrote the famous ‘Oh Christmas Tree’ carol in new lyrics, so as to tell the sad story of the trees. The new carol contained 4 stanzas written in 4 different languages, so as to appeal to Romanians and expats alike. The new ‘Oh Christmas Tree’ was interpreted live by internationally-acclaimed Symbol Choir on the stage of a sold-out Romanian Athenaeum, during their annual traditional Christmas Concert – a performance widely covered by mass-media and other KOL. The complete carol can be seen on the campaign website, ohbradfrumos.ro.

With a minimum budget, the campaign managed to reach 5 million people and to gain a very high amount of free PR & Media. Also, at the end of December 2016, the National Forest Administration announced a 40% decrease in Christmas trees confiscated by the Police. 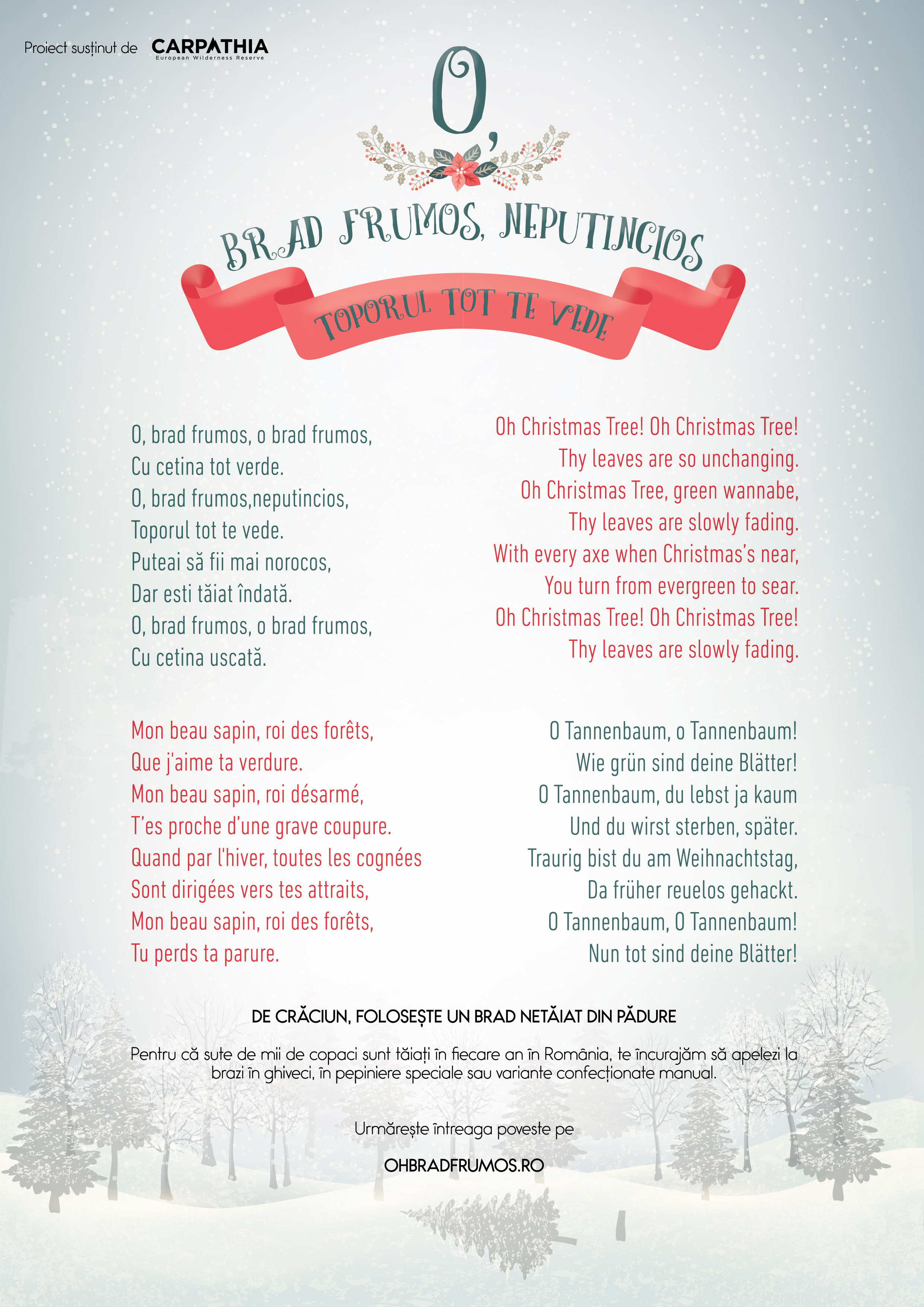 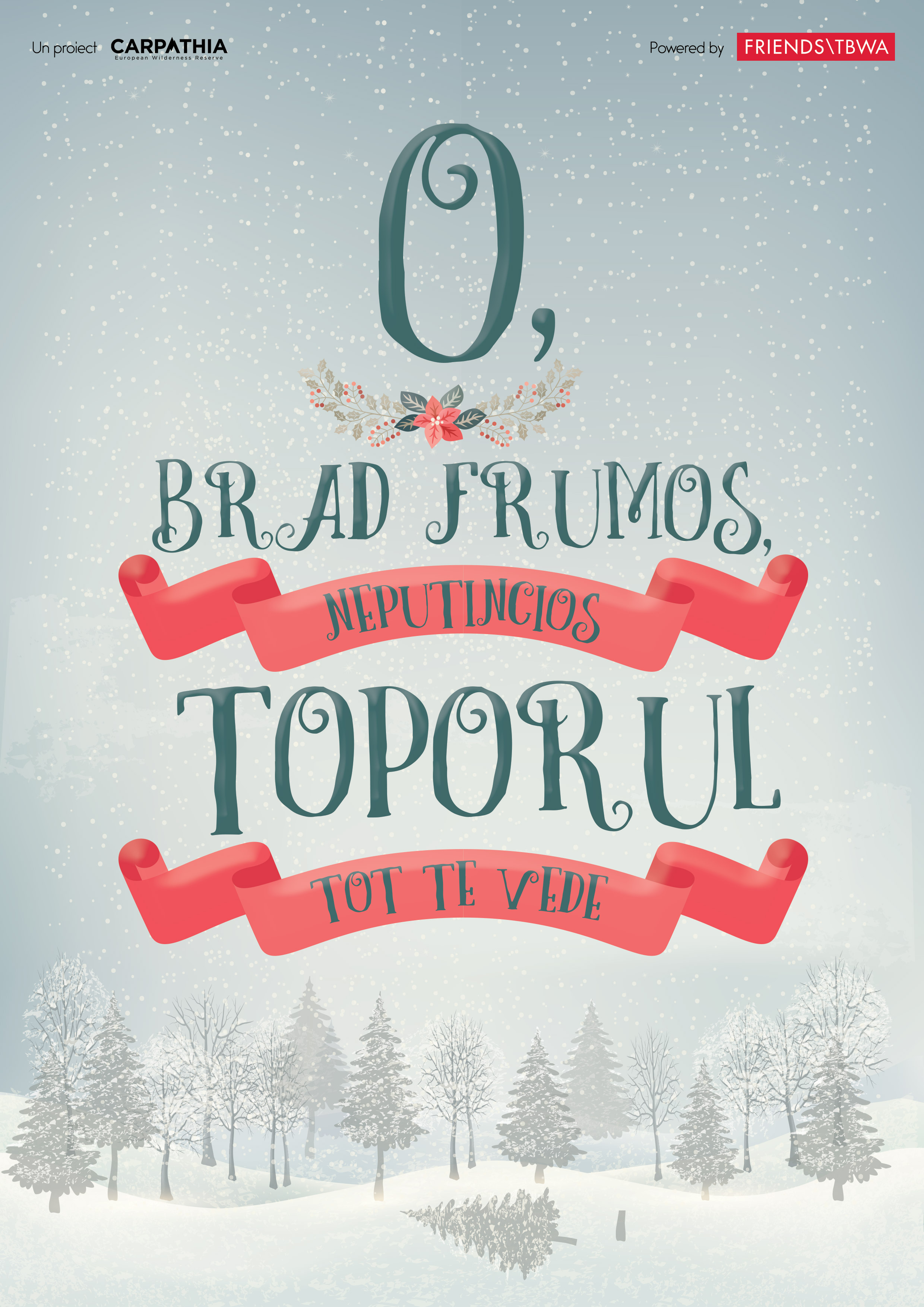